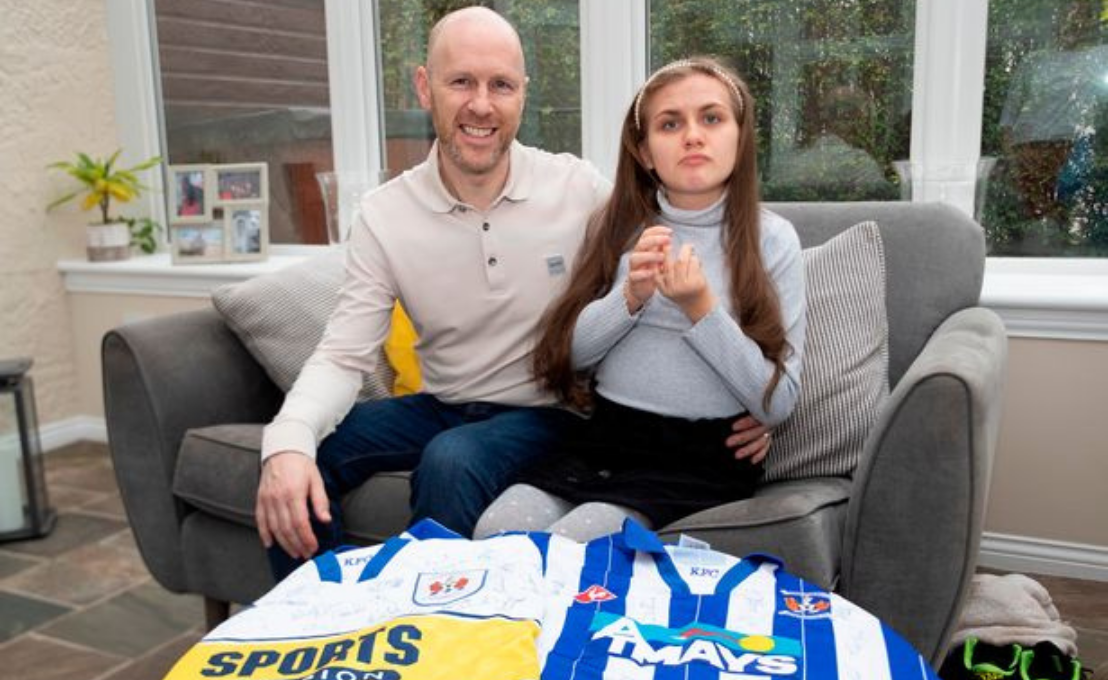 Mark Reilly suffered through the agony of 18 pre-seasons as a player but the former Kilmarnock ace’s next challenges will make them look like a jog in the park.

The 51-year-old is preparing to take on one of the toughest races on the planet – a week-long slog through the Sahara’s searing heat in the Marathon des Sables.

And when he’s crossed the finishing line in the desert, the Scottish Cup winner will set his sights on another adventure much closer to home.

The former midfielder will take a roadmap through his career – taking off from St Johnstone’s McDiarmid Park in Perth and running to Fir Park in Motherwell.

He’ll take off for St Mirren’s home in Paisley before ending his 100.3 mile journey at Rugby Park, where played over 200 times for Killie.

And with him every step of the way, mentally, will be his 12-year-old daughter Dionne, who has the genetic disorder Rett Syndrome, and his desire to raise funds for and awareness of a charity that is trying to find a cure.

“Because it’s such a rare disease, there’s no government funding for research, so it’s all done by private funding or charitable donations.

“Reverse Rett is a charity that’s based in Manchester and I do a bit of work for it.”