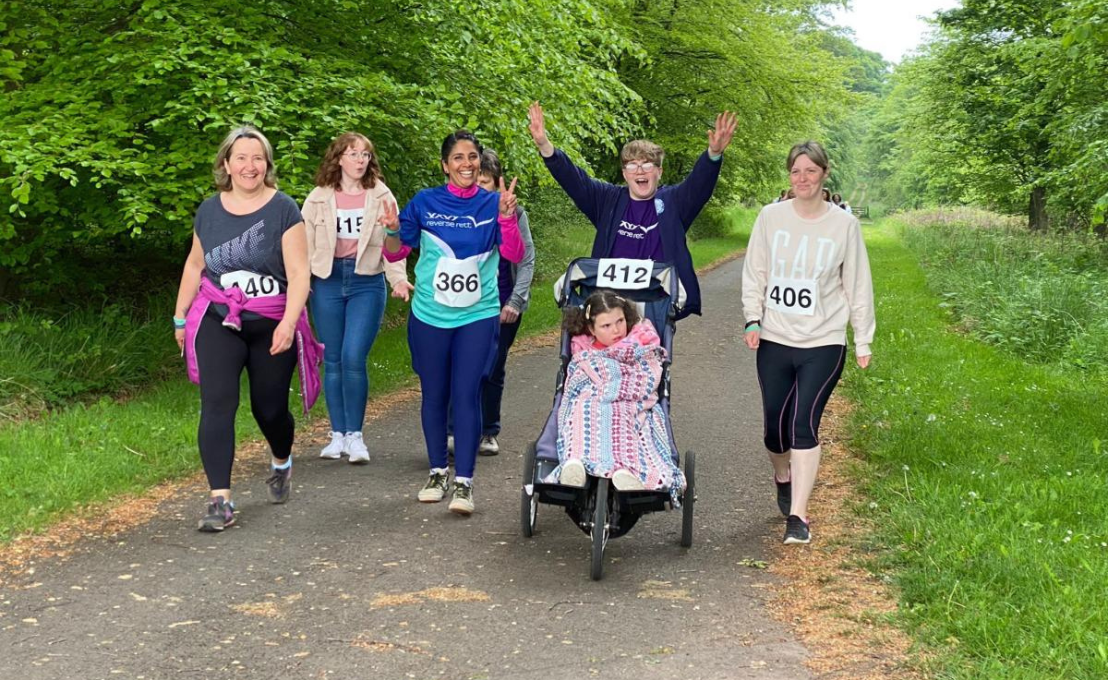 More than 230 runners and walkers and over 100 children came together at Archerfield Walled Garden to raise £15,371 for charity last month.

The fifth annual Reverse Rett Run, sponsored by Paris Steele, saw a 10k, 5k and children’s event, with runners and walkers of all levels signing up to the fundraiser.

The run was in support of Reverse Rett, a charity close to the hearts of North Berwick residents Catherine and Five In A Row team member Ross McKinney, whose daughter Eliza has Rett Syndrome.

Rett syndrome is a rare genetic neurological and developmental disorder that affects the way the brain develops, causing a progressive loss of motor skills and language that predominantly affects females.

Catherine McKinney, mum to 11-year-old Eliza and a Reverse Rett board member, said: “It was amazing to see such a turnout at the Reverse Rett Run at Archerfield Walled Garden this year.

“We have been unable to do the run since 2019 and it made it extra special to finally be able to get together and hold a fundraising event like this again.

“The weather was kind and the fun run, face painter, bouncy castle, tombola and live music added to the atmosphere on the day.

“Thank you to everybody who helped with organisation, marshalling and sponsorship – and, of course, we are very grateful to the Walled Garden for hosting once again.”

Catherine added: “As the years go by, Eliza becomes more and more affected by the condition and the sooner we are able to find some effective treatments, the better her life will be.

“The total raised at the weekend will help massively in achieving our dream of a better future for Eliza and others affected by Rett syndrome.”

The 10k race was won by 12-year-old Thomas Gornall, from Dunbar Grammar School, with a time of 42.18m, followed by Nick Cowley in second and Five In A Row’s Clive Rooney in third.

The 5k race was won by Magnus Lawson, from Loretto.

The women’s 10k was won by Linda Sinclair, with a time of 52.06m, followed close behind by Nikki Mitchell and Carrie Cowley in second and third.

All winners were presented with wooden trophies made by Padraic Hamrogue.

Andy Stevenson, co-founder of Reverse Rett, was delighted to see everyone return to Archerfield after three years.

He said: “It was fantastic to finally return to Archerfield Walled Garden.

“It’s been three years since the last run, but it felt like we’d never been away.

“We had the most entries since we began and we even had some people with Rett syndrome taking part, which was lovely, as they are usually stuck on the sidelines watching.

“We are truly grateful to everybody that helped make the event such a success.

“Donations are still coming in but we have raised over £15,000 to deliver life-changing treatments for Rett syndrome.

“The people of North Berwick and the surrounding community have really taken Reverse Rett to heart after being inspired by Eliza.