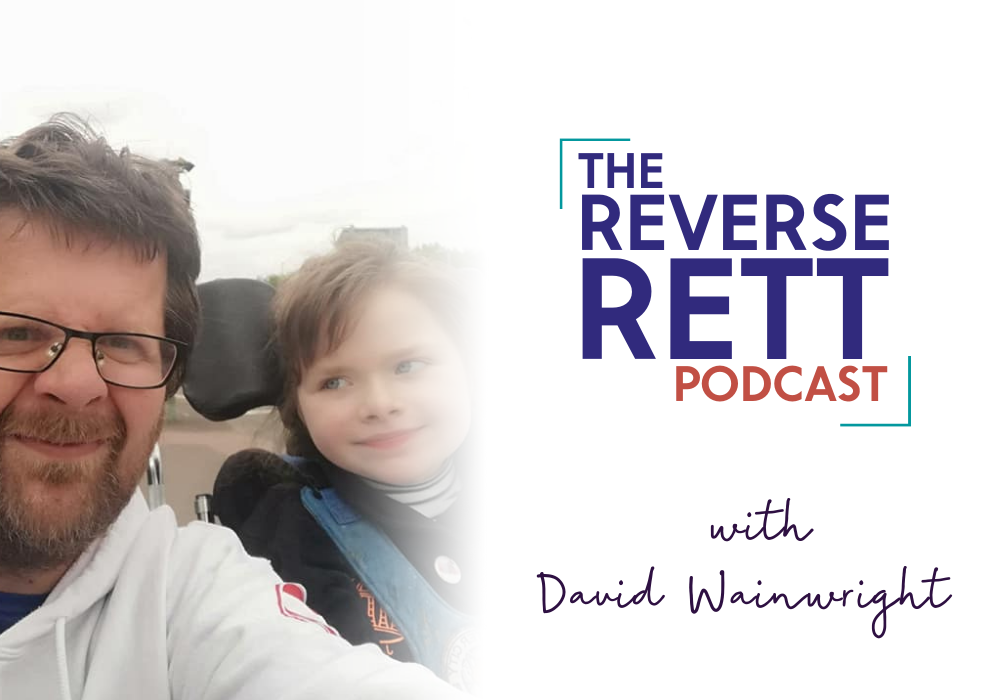 This week our guest is one of the busiest dads on the planet, my friend, David Wainwright.

David lives in Loughborough with wife, Louise and their three children. His eldest, Georgia has Rett Syndrome and his other daughter, Phoebe has a rare brain condition called Pachygyria & LIS1, coincidently they are both under Professor Santosh at the CIPP Rett Centre and CIPPRD. Their son, Liam also keeps them on their toes. I see his Facebook posts and wonder how they remain so positive and happy in the face of the issues they deal with on a daily basis, they really are an inspiration to me.

It was a pleasure to talk to David about his family, his relentless fundraising for Rett Syndrome, his journey into sports journalism and the people he’s met who have also become huge supporters of Reverse Rett.

David is a larger than life character with a big heart and inspires support wherever he goes. I’ve had the privilege of doing the half marathon at the Great Manchester Run when we pushed our girls 13.1 miles on the hottest May day since records began. I saw first hand how determined the big fella and his running mate, Trevor Jones are that day and also what a lovely, smiley girl Georgia is.

Huge thanks to David for taking the time to talk to me, as always, it was emotional. We would love to know your thoughts on our conversation and the Reverse Rett podcast so leave a review on whatever platform you listen on. Or @reverserett on any of the socials.