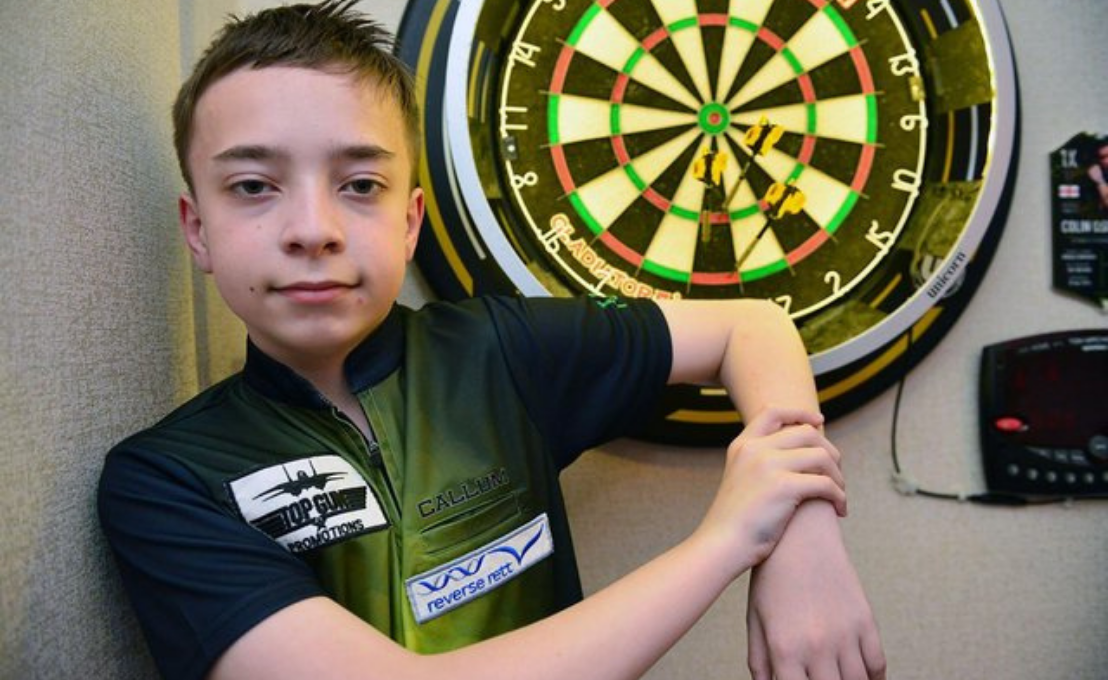 Callum Beddow was beating grown adults at darts when he was so small he needed a step to retrieve his flights from the board.

Now the 13-year-old is getting ready to compete in the JDC Advanced Tour, in Gloucestershire, this summer and World Championship in Gibraltar this November.

Callum began playing darts on a magnetic board when he was just three and upgraded to a real darts board age five.

Parents Paul and Claire took the youngster to Cleveland Youth Darts, in Thornaby, aged seven – but at this stage he’d never thrown darts at that height and distance.

So he went home and practised and around a year later he returned to “show them what he can do”.

By eight years old he was playing for the county.