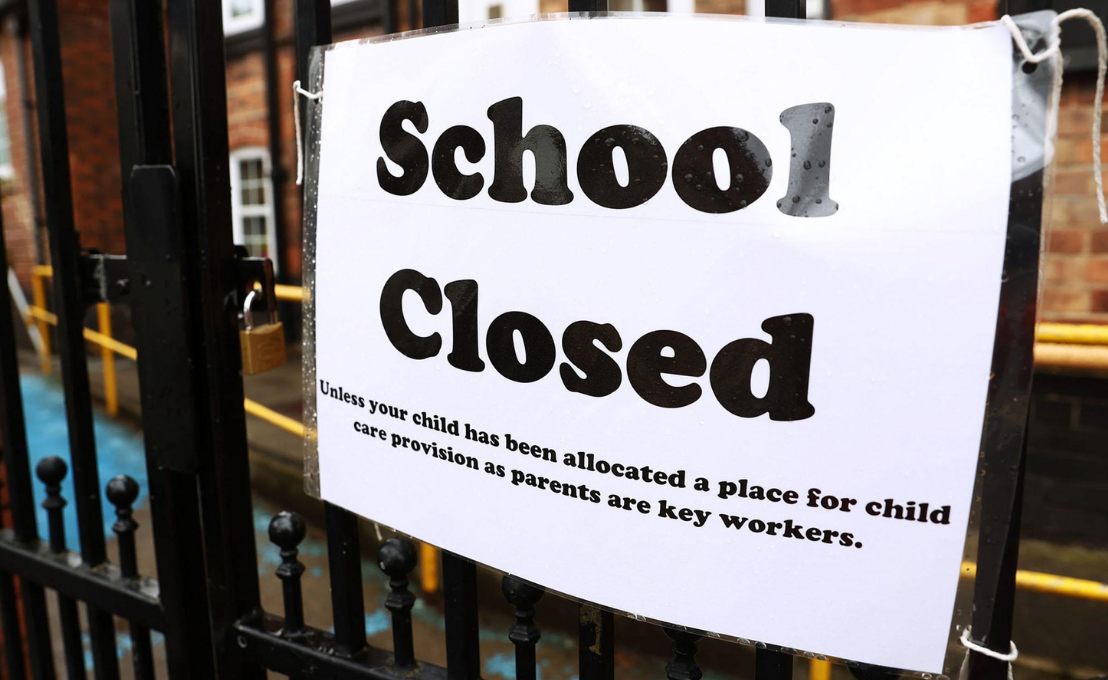 I was reluctant to write this. In these turbulent times, when so many are dealing with grief, loss, despair and devastation, the story of my family doesn’t seem particularly significant.

But in recent days, as there has been an increasing focus on those with learning disabilities in the media, as I’ve spoken with numerous other struggling parents and as I’ve watched my own daughter’s condition worsen, reluctance has turned to resolve.

The story of my family is the story of many families of a child with complex needs. Our 14-year-old daughter, the eldest of our four small people, has Rett Syndrome. Diagnosed aged 2 and now nearly 14, she is non-verbal, almost non-mobile, dyspraxic, epileptic and entirely dependent on others (right now, us) for every daily need.

In ‘normal’ life, she thrives at school. She is sociable and almost entirely motivated by people. Not only does school provide the daily specialist support she requires for her physical well-being (Physios, OTs, SLTs) it also provides the social environment which is so critical to her mental well-being. She craves and requires a huge level of social interaction and, despite having provided her with three little brothers and two cats, life in lockdown simply doesn’t cut it.

During the first lockdown her mobility deteriorated significantly. In the few autumn weeks back at school some of that was regained with daily physio input and a level of expertise/attention which we simply cannot replicate at home. But now two months back into shielding and she is reluctant to even weight-bear. At 65 kilos against my 50 and requiring every physical activity to be done for her, this is ‘challenging’.

Challenging, but not as heart-breaking as watching her withdraw into herself, lacking the social interactions she craves; as terrifying as seeing her seizures worsen, fuelled by deepening anxiety; as crushing as realising that that curve in her spine is undeniably increasing; as depressing as watching her sleep away hours of the day, exhausted by seizures and anaesthetised by the monotony of lockdown.

Do I worry about my sons falling behind in Maths? Not so much.

Yet whilst the cost of neurotypical children missing school has been a consistent feature of the daily briefings and lockdown ‘road maps’, the cost for vulnerable children, for whom school is so much more than fractions and digraphs, doesn’t seem to have been being counted at all.

Nor indeed has the cost to their families: parents who have necessarily become 24/7 carers, desperately trying to fill the gaps of those therapists, teachers, TAs, school nurses and peer groups who are so critical to their child’s well-being; parents who are juggling home-working, home-schooling, full-time care and permanent guilt (it is impossible to do any of it well enough); siblings who have shouldered more than most – helping at home, completing their schoolwork, witnessing their brother/sister’s deterioration and their parents’ frustrated exhaustion.

But that’s okay, right, because we (and they) are used to it? Used to just getting on with it, to fighting for our children’s basic rights, to provision and services being cut, to falling through the cracks. Perhaps, arguably, ironically, we are therefore better equipped than most to deal with the pandemic, accustomed as we are to protecting our kids fiercely, to monitoring symptoms incessantly, to disrupted days, sleepless nights, non-existent social lives and, most of all, living in a state of perpetual fear. We are used to paddling furiously and invisibly under water to keep afloat.

We are also, admittedly, already fairly well-versed in the ‘positives’: the taking nothing for granted, the celebrating small moments and days survived; the holding on to what we love whilst we have it. These Facebook memes and Instagram philosophies have been written into our muscle memory for years; we’ve learned them the hard way.

But this is not about banana-bread-bonding and woodland-walk-wisdom. Yes, we’ve baked and walked and played and shared and made memories together, like so many families have.

But we have also seen three small boys watch wide-eyed and trembling as their sister’s seizures turn her lips blue.

We have discussed scoliosis surgery, seizure meds, fragile bone infusions and irregular heartbeats via video calls, all to the background of fraction lessons, toddler tantrums and work deadlines.

I have, for the first time since the morning after Hannah was diagnosed, felt like I didn’t want to face the day.

We have fought to have her correctly ‘coded’ as having a learning disability, so that when the vaccine becomes available to children, she is given higher priority than a healthy, neurotypical teenager. Because even on her very best day, she can’t breathe properly.

I have written a letter informing any doctor making decisions about my daughter’s care, should she contract Covid19, that she is not DNR and that on no account would we sign a DNR if asked to. An evidence-based argument for why my 14-year-old, who has an infectious giggle and a wicked sense of humour, should have as much right to a ventilator as anyone else. An account of why her life is worth saving.

No parent should need to write a letter like this. I am grateful that we haven’t had to use ours yet and hope we never do. But the act of writing it alone breaks a little piece of you which no amount of baking or walking or board-game-playing can fix.

We’re all struggling. But to quote one Instagram philosophy, ‘we’re all in the same storm; we’re not all in the same boat.’ If we survive the storm in-tact we can count ourselves amongst the incredibly fortunate, yet there will inevitably be damage that can’t be undone.

For children like Hannah, skills that are easily lost are hard fought back. Their deterioration may be temporary, but it may not. The emotional impact on children who have watched their siblings’ struggle may be overridden, but it may not. The strain and exhaustion for families like ours may be reparable, but it may not. Even if/when the world returns to ‘normality’, our children’s physical and mental well-being may turn out to be collateral damage, leaving us paddling more furiously and desperately (although just as invisibly) than ever.