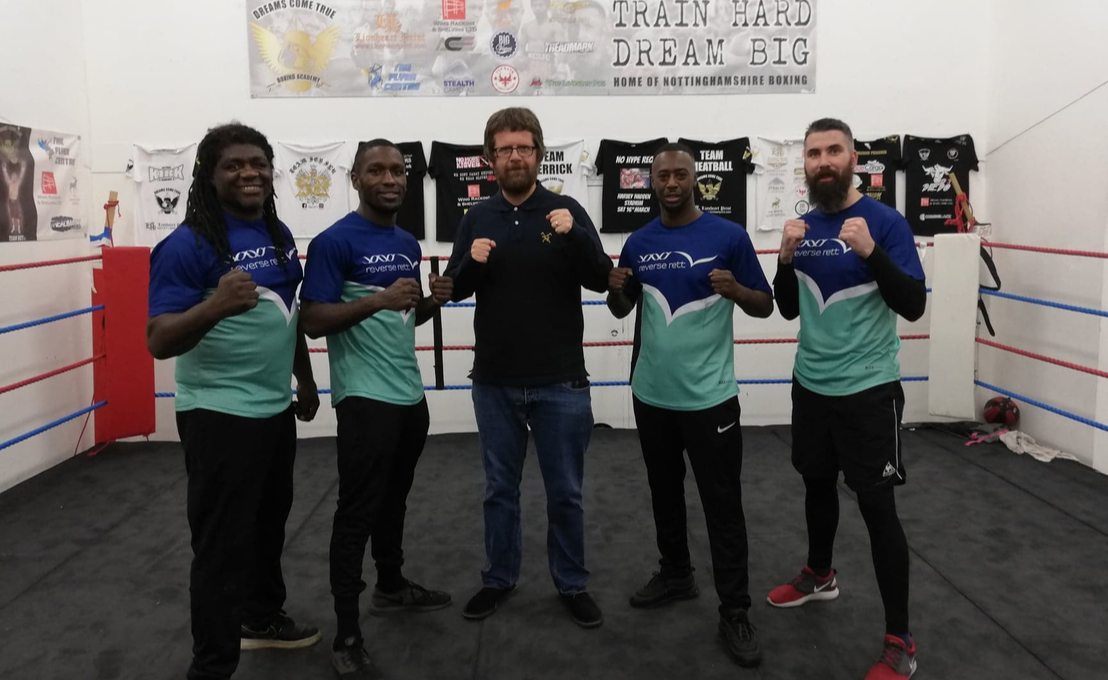 Nottingham’s rising stars of boxing will get in the ring this weekend to raise awareness of Rett Syndrome.

Rett Syndrome is a neurological and genetic disorder which affects one in 10,000 girls and in some very rare cases boys. In most cases it leaves them being unable to walk, talk and with limited hand function.

It’s a condition that is very close to Carl Greaves’ heart, as media officer David Wainwright’s daughter Georgia suffers from the condition.

David, 43, from Loughborough, said: ‘All the Carl Greaves Promotions fighters know about Georgia and her condition.’

‘Life can be tough for Georgia but we really do appreciate the support from everybody, especially Carl.’

‘We support the charity Reverse Rett and hope to raise awareness and funds for the charity as part of Rett Syndrome Awareness Month for October.’

‘It’s going to be a cracking night,” said Carl, 43. “We’ve got the English welterweight champion and some of the rising stars of Nottingham’s boxing scene on show. The lads and myself are really pleased to be able to get behind Rett Syndrome Awareness Month.’

Putting on these shows can be tough due to the dominance of boxers with TV deals, but Greaves and his stable of fighters just get on with it.

You can read the full article on the Nottinghamshire Live website