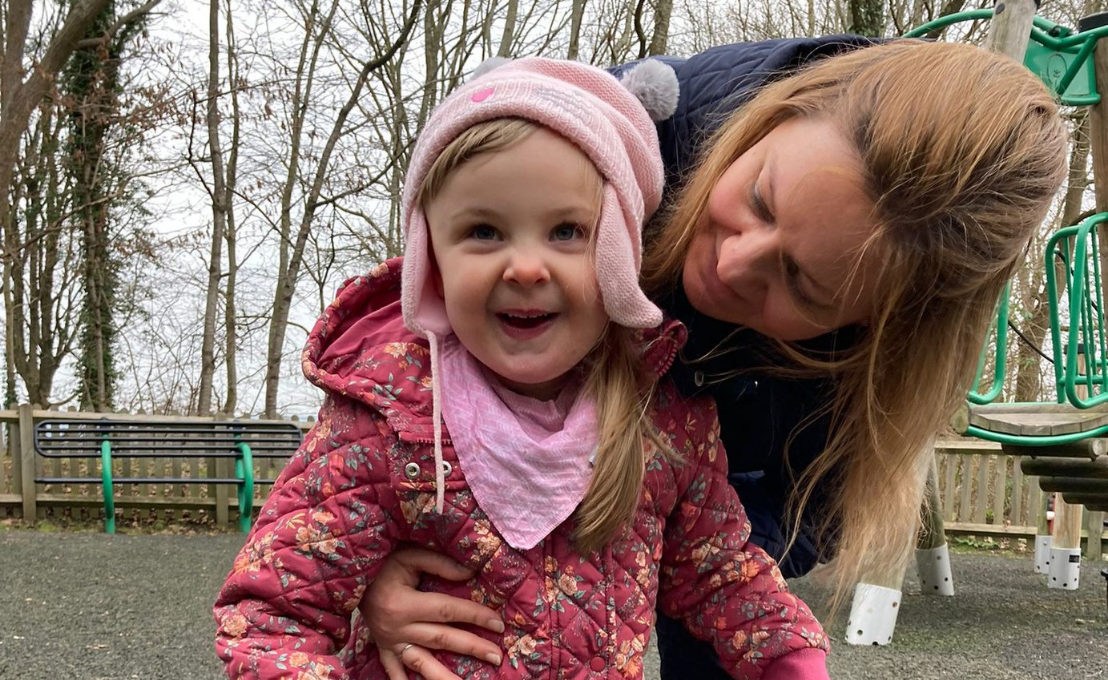 All parents love talking about their children. They are the most precious thing in the world to us. I’m constantly telling people about mine especially Amber and Beth as I want as many people to know about Rett Syndrome as possible.

With Rett Syndrome being a rare disease it’s hard to get the wider public to support our cause. Everybody has something that has impacted their lives and many have their own charity or cause that is close to their heart.

Hard but not impossible!

There have been countless examples over the years of a random conversation with someone which has resulted in something amazing.

A few years ago my old PE teacher posted on Facebook asking if anyone knew a good car park near Old Trafford for his brother-in-law. I immediately replied and told him he could use the car park outside the Reverse Rett office. I’d never met David before but as we were walking up to the ground (We were both supporting Warrington in the Super League Grand Final) I told him all about Rett Syndrome, Reverse Rett and my daughters, Amber and Beth. I also told him I was running the London Marathon to celebrate turning 50. He gave me his number and asked me to send him my Just Giving page link. I thought he was going to stick a tenner on for the car park spot so you can imagine my delight when I saw a donation for £1000 alongside a message saying he’s double it if I beat my time from 20 years earlier.

Musician David Ford is another good example. We contacted him in 2013 to ask if we could use his song ‘What’s Not to Love’ for our London Gala video. He immediately said yes and after doing some research on the condition and Reverse Rett he contacted us and said he wanted to help. A beautiful relationship began and David has now become our ambassador, raised over £100,000 through his ‘Milk and Cookies’ charity concerts as well as performing live at the London Gala.

Jackie says, “There are lots of organisations who are willing, and looking to support charities, but usually need a connection, however loosely, so please contact them. They can only say no, but hopefully may say yes.

I recently attended a lunch organised by the Phoenix Fun Team which was set up by Angela Rippon. On returning home I emailed them to explain the devastation of Rett Syndrome on my granddaughter Sophia, they immediately replied to say Reverse Rett will be their chosen charity for their Spring lunch. It took two minutes to email them and what a great outcome.”

There’s three things that all of these people have in common. None of them had ever heard of Rett Syndrome, they were strangers and they are all extremely kind.

There will be plenty of other families with similar stories and the thing to remember is that you just never know who you’re talking to and what might happen if you explain to them what the person you love with Rett Syndrome is going through.