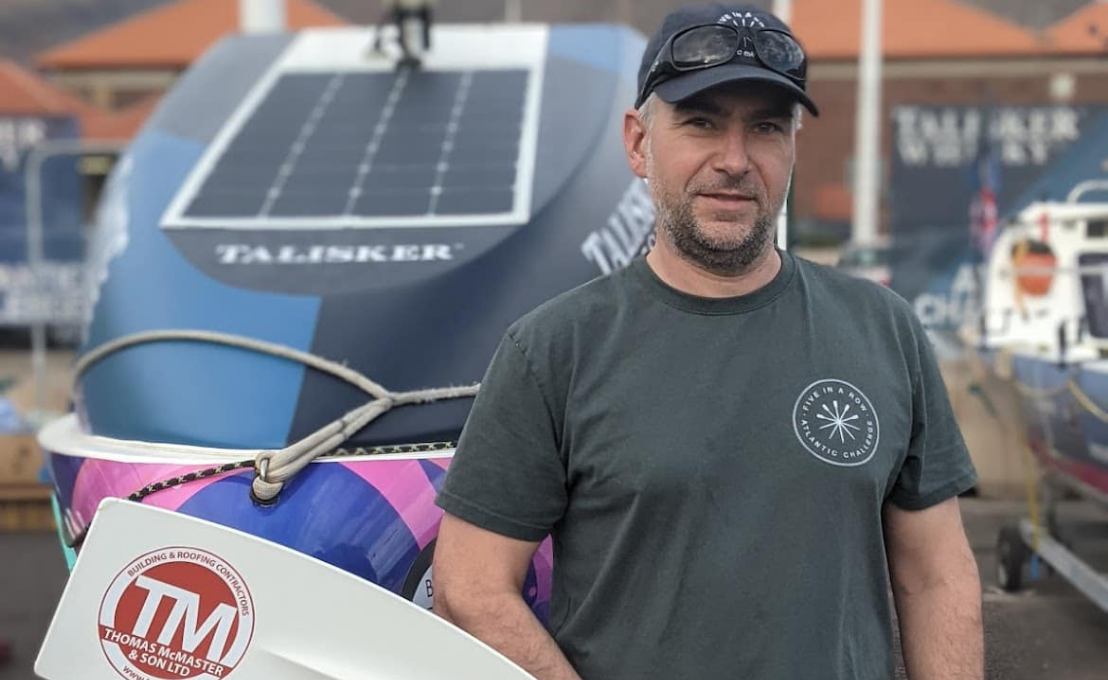 Five East Lothian men will be spending the festive season rowing across the Atlantic Ocean as the only Scottish team in a competition which has been described as an “immense physical and mental challenge”.

The 2021 Talisker Atlantic Challenge sees 36 teams race 3,000 miles across the Atlantic from La Gomera in Spain to Antigua in the Caribbean.

Speaking to the Scotsman two days before departing on the mammoth challenge on December 12, Five in a Row team member, Ross McKinney, said: “So much has happened in the last year but being here in La Gomera is making it feel very real.”

“We’re estimating that we’ll cross the finish line around mid-January so it’s going to be tough, but we’re ready.”

Describing the gruelling training, the father-of-four from North Berwick said: “The physical side is important but I think the hardest thing is going to be rowing almost non-stop for over a month.”

“We’ve done a lot of team building exercises to understand more about each other and how we operate, signs to look out for when people are struggling and all those kinds of things.”

The men will be rowing in shifts of roughly two hours, alternating between three rowing seats on the boat. Precious time off will be spent sleeping, or doing things such as preparing meals, cleaning and making fresh water.

The shift pattern will run constantly throughout the row, despite the team expecting around 13 hours of darkness each day.

With the race scheduled to take place over Christmas and New Year, Mr McKinney had a mini-celebration at the end of November with his family.

The 44-year-old said: “It’s a bit strange this year, we’re not really talking about Christmas as a crew but obviously at home all our families are gearing up for it.”

“I do think though onboard there will be some strong feelings on Christmas day.”

In a bid to keep spirits high, a Christmas cake – made lovingly by the mum of one of the crew – is on board as a festive treat.

“I think it’s important to have these milestones like Christmas, New Year, the half-way point just to keep time ticking by,” Mr McKinney added.

Through corporate sponsorship and fundraising, Five in a Row raised enough money to make it to the start line – around £115,000 – with the cost of the boat, food, the race fees etc… and will now give all additional funds to the charity Reverse Rett.

It’s a rare genetic disorder that strikes previously healthy children between the ages of one and three and takes away their ability to walk, talk, use their hands and even breathe normally.

The charity has provided a lifeline of support for the McKinney family and while it was a hard decision to agree to leave for so long, Mr McKinney has said he is doing this row for Eliza, and the rest of his family.

He added: “It was an emotional goodbye, it was, but it will certainly be something when I return in the new year, a long road ahead before then though”

You can read the article on the Scotsman website